Sorry this email is a bit long, but this is a story that really needs to be told. I hope reading it impacts you as profoundly as being a part of it did for me.

When you work hard; believe in yourself, your coaches and your teammates; and commit to achieving your goals, great things happen.

It seems like such a sports clich?, until you watch it play out right in front of your eyes.

Probably the most satisfying part of being associated with a program like Edgemont Wrestling is that we all get to witness such amazing stories regularly.

This year was no different.

Senior Georgie Guarnieri didn?t have a name everyone around Section 1 knew. He?s not our most accomplished wrestler. He?s not the guy in the newspaper every week. 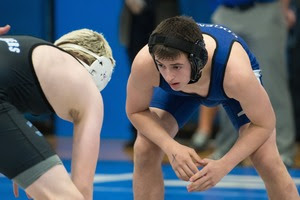 In fact, if you weren’t really close to our program, you wouldn?t be the first person this year to ask me: ?Who?s Georgie Guarnieri?? In fact, when the LoHud wrestling reporter was asking me questions for a season preview and I mentioned Georgie?s name, that his exact response.

And yet last week, at our banquet, we awarded Georgie Guarnieri our PantherTough Award – the highest honor we have.

I figured it was important to let you all know why.

In Georgie?s first three years of high school wrestling, he didn?t have much competitive success. Going into this season Georgie?s career record sat at just 18-30. He always worked hard, but never quite became a regular starter in our line-up and things on the mat just never really seemed to start clicking for him. Here?s the thing, though: Georgie never stopped focusing on the process.

In everything he does, he gives his best effort. He always takes the time to help his teammates and he always finds a way to keep coming back and focusing on the process of getting better, despite the competitive setbacks he’s faced along the way.

While he wasn?t the most high-profile wrestler in our lineup, he is a tremendous leader in our program, who everyday sets an amazing example for those around him with his effort, focus and caring. He consistently does the right things both on and off the mat.

I wasn?t the only one who noticed this. His teammates voted him a captain at the end of his junior year to lead them into the 2017-2018 season.

Before this season, Georgie and I sat down to talk. We have individual meetings with each of our returning wrestlers each year, before the season starts, to talk about their goals for themselves and how we can best support them reaching those goals.

Our wrestlers often come in with well-thought-out detailed goals for themselves and we help them put a plan of action in place to make those goals a reality.

Georgie?s meeting was a little bit different, and it?s something I?ll never forget.

When I asked Georgie about his goals for the season, his reply was immediate and succinct – clearly considered and set ahead of time.

?My goal is to finish my high school wrestling career with no regrets.?

He went on to say that he didn?t want to finish high school and spend the rest of his life thinking about what he could have done differently or better. Listening to Georgie talk, you could just tell he was prepared to do whatever it took to make himself successful. It?s really no surprise – it?s the same philosophy he applies to find the tremendous academic success he?s achieved, and a huge part of our culture is helping our wrestlers realize that the qualities, characteristics and habits that make you successful in one domain of your life are same practices that make you successful anywhere.

Our season began and Georgie set to work. He?s not the most vocal leader, but day-after-day he set the example for our very young team about what it means to be a champion. He?d show up early, stay late and always bring others along with him. It reminds me of a quote from Coach Bill Walsh we share with our wrestlers often:

I?d love to tell you about the fairytale ending from this point forward, but that?s not reality. In a sport like wrestling, nothing comes easy. Even for a leader like Georgie this is true.

And Georgie?s season got off to a rocky start. Every December, we travel out to the Center Moriches Duals in Suffolk County. We go there for several reasons. One of the big reasons is to put our kids in difficult situations and watch how they respond. At Center Moriches we wrestle 8 dual meets in two days against some of the toughest competition in New York State. It?s a meat grinder of a tournament, but it?s also one of the most valuable experiences we give our kids to prepare them for the future. This year was no different.

In spite of the hard work and effort he put in, Georgie went winless that weekend and came out of the tournament with a 3-10 record on the season his senior year. Here?s the thing though: when you’re committed and singularly focused on the process, you don?t get to decide when the results will follow. You just need to trust that they eventually will.

We spend so much time getting our athletes to believe that no matter how bleak it might look, no matter how much adversity they face, when you stay the course and control what you can control, the results will eventually take care of themselves.

Despite disappointment after disappointment that weekend, it was clear the Georgie kept believing. What was remarkable to watch as a coach was that round after round, loss after loss that weekend, Georgie would come off the mat, gather himself and go back to the business of supporting his teammates, lifting them up when they fell, and preparing for his next match. It would’ve been very easy for Georgie to throw himself a pity party, but our captain never missed a beat that weekend. Georgie was a great leader that weekend because of the challenges he faced AND in spite of the challenges he faced.

His focus on the process never wavered.And it started to pay off. After taking a 3-10 record back from Center Moriches into the end of December, Georgie stayed focused and kept grinding. And suddenly he started turning the corner. The wins started coming. The tournament placements started coming. Suddenly Georgie was ranked in the Section.

When Sectionals came around Georgie entered as the 6th seed. In his entire wrestling career, to that point, he had only ever won one single match in the Sectional Championships. Yet here he was finding his way into the quarters, where he faced Chris May from Pleasantville. When they met earlier in the season May pinned Georgie in the 2nd period. This time May won again.

This dropped Georgie down into the wrestlebacks, a single loss away from ending his HS wrestling career. At this point, you could see that Georgie would not be deterred. He was on a mission and nothing could shake him. He rattled off a first period fall and a 13-1 major decision to earn his way into the consolation semifinals against Seth Watkins from Pawling. Just like May, Watkins had pinned Georgie earlier in the season, but this time things were different. Georgie went out and scored 4 takedowns to beat Watkins 8-4 and advance to the third place match of the Sectional Championships!

The match of his life

Win or lose, this would be the final match of Georgie?s HS wrestling career, and he found himself battling a familiar opponent – Pleasantville?s Chris May – who had lost in the semi?s. Not only did May own two wins over Georgie at that point, but Georgie hadn?t even scored a single takedown on him in either of the bouts. As we warmed up in the on deck area, I watched Georgie?s body language and facial expression. It would have been very easy for him to walk into that match thinking that May was better than him and being happy to settle for a 4th place finish – he?d already had a great tournament.

That?s not what I saw watching him warm-up though. I no longer saw a kid who a 3-10 season. I saw a fierce competitor who trusted the process, knew he had put in the work and made the sacrifices and was not about to let anything stand in his way. All I could think to myself as Georgie took the mat was ?no regrets.? It was pretty clear he was thinking that as well.

When the whistle blew, Georgie competed fearlessly and relentlessly. He never stopped.

And he wrestled the single best match of his HS career.

When the final whistle blew, Georgie had won 11-4. He scored four takedowns over May, and despite his sixth seed, finished his senior season taking 3rd in the Section and All-Section Honorable Mention honors.

I couldn?t be more proud of what Georgie accomplished in his career – not because of the 3rd place finish, but because of how he faced his challenges and frustrations head-on, persisted through the adversity and never waivered in his positive attitude or his focus on helping others get better, no matter how difficult it was for him.

I’m proud to say that Georgie reached his goal of finishing his high school wrestling career with no regrets! The biggest irony is that, at the end of the day, it wasn’t the outcome that fulfilled that goal, but his journey.

And that LoHud wrestling reporter? he knows Georgie?s name now. 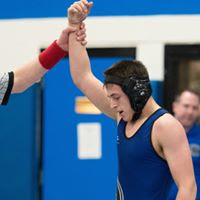 I could tell you dozens of similar stories of wrestlers who have come through our program over the years.

It?s not the wins that make this program so significant and meaningful – it?s the life-long transformation these young men and women experience by going through the process. That is what Edgemont Wrestling and being PantherTough is *really* all about!

We have about 20 days left in our 2018 Edgemont Wrestling Club Giving Campaign and I humbly ask you to consider being part of this experience with us.

Please consider a tax-deductible gift – no amount is too small.

Here?s why your gift is SO IMPORTANT and how you can make it happen.

P.S. As I write this, we currently sit at 18 donors – not bad but not anywhere close to our goal of 60 donors. Please help out if you can!

T?hank you for being part of the Edgemont Wrestling Family!

Can you help us pay it forward?

Any amount helps - no gift is too small!

Gifts are tax-deductible to the full extent allowed by law.