Sorry this one’s?a bit long, but this is a story that really needs to be told. I hope reading it impacts you as profoundly as being a part of it did for me.

Before I jump in, I need to start with a HUGE THANK YOU to our donors so far to our 2017 Edgemont Wrestling Club Giving Campaign. (Check out the full list of donors here!)

We only have about 10 days left, so please consider being a part of the program with a tax-deductible gift – no amount is too small! Here?s why your gift is so important and how to make it happen!

This story today needs to be told because this is EXACTLY what your gift empowers us to do. 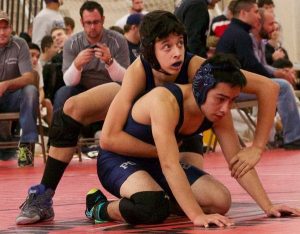 Senior Zeke Cohen joined our team his sophomore year. He had no background or experience in wrestling, but he comes to practice everyday and gives everything he has. He?s always been super coachable and he takes the advice we give him and works hard to implement it.

Zeke has a great attitude. He leads and serves his teammates and he?s one of the nicest people you?ll ever meet. He really embodies what our PantherTough values are all about. And that?s not all…

Zeke’s a good athlete. He?s explosive. He has a seemingly never-ending gas tank. His lefty sweep single is virtually unstoppable by any kid he?s wrestled.

So – clear-cut recipe for success, right?

Zeke had a knack for getting into these really unorthodox positions and getting reversed to his back. And it cost him alot of matches. There were a lot of kids he lost to that he absolutely should have beaten.

Now it?s easy to think: ?Ok, so, no big deal. He made some mistakes but he has all the tools he needs to be successful,? but slow down a second and imagine this…

You come to practice everyday and work your butt off. You do everything the coaches ask of you. You?re smart about your diet and nutrition. You push yourself in the weight room and during conditioning. You?re a senior. And almost every time you step on the mat even in matches where you’re winning – you end up getting pinned.

How devastatingly frustrating and hopeless must that feel?

As a coach, we ask our kids to buy-in and believe in the system. To trust that things will get better, even if they can?t see it. Essentially we?re asking them to have blind faith in us and in our program.

It?s not so hard when a couple of things don?t go your way initially, but it gets exponentially harder and harder as time goes on and your results don?t match up to the effort you?re putting in.

How long does it take for you to stop believing in yourself and give up or quit? ?That?s the real tragedy, because as soon as you give up on yourself once – it?s that much easier to do it again and again in any aspect of your life.

Well, that?s where Zeke was at.

At the end of December – which is about halfway through our regular season competitions – the team travels out to Center Moriches in Suffolk County where we wrestle nine dual meets in two days against some of the toughest teams in NY. This tournament is a great test for us and a great opportunity to put our guys in some difficult situations.

Zeke had a tough weekend. By the end of that weekend he was 3-18 as a senior.

Before we left to travel back home – Zeke and I sat down to talk. He was frustrated. Really frustrated. As frustrated as I?ve seen any wrestler. And with good reason.

He was aggressive in his matches. He didn?t stop wrestling. But he just couldn?t catch a break.

At that point, he felt like giving up. He felt like it wasn?t working for him. And he felt like all the effort he was putting into wrestling and making himself better wasn?t worth it. After all, what did he have to show for it? He had almost given up and stopped believing. He was thinking about quitting the team in the middle of his senior year.

All I could do was nod my head and listen. I completely understood his frustration. But I knew something he didn?t. I?ve had the luxury of coaching dozens and dozens of wrestlers over the last 15 years and I knew that if he kept doing what he was doing it WOULD pay off.

I just told him I empathized with what he was going through (after all, I was no State Champion myself!). I told him we loved having him on our team. And I told him life was just like this. Sometimes bad things happen. Sometimes they happen despite our best efforts. And yet, all we can control is our attitude and our process. I told him I had faith in the fact he?d find success, because I knew he was doing all the right things. I just asked him to believe in himself a littlebit longer.

I?m sure it wasn?t easy, but Zeke kept believing.

He continued working hard in practice each day. He continued being an awesome teammate. He?d come in early before practice and get extra work on areas he knew he needed to improve. In short, he kept his faith in himself, in our coaches and in the program.

When Sectionals finally came around and the brackets were released Zeke found himself as the 10th seed at 145 lbs. Not exactly where he wanted to be and certainly not the easiest path for him to reach his goal of standing on the podium at the end of the weekend. Only the top 6 in the Section place in the tournament so it wouldn?t be an easy road.

Zeke?s tournament started in the round of 16 where he faced #7-seeded Trevor Hayden of Hastings. As Zeke was warming up, I could see in his eyes he was locked in. Zeke was on a mission. We knew he couldn?t have been better prepared and as a coach, you try to take comfort in that, but there?s still this excitement of an uncertain outcome. He was ready, but he had to go out and perform.

He did. Zeke pinned Hayden in 4:36 to advance to the quarter-finals.

In the quarters, Zeke came up against #2 seed Hector Monroy of Ardsley. Monroy was big, strong and a great leg-rider. Zeke put up a great fight, but in the end Monroy got the best of him, winning by pin.

This dropped Zeke into the wrestle backs. He needed at least two more wins to reach the top 6 and a single loss would eliminate him from the tournament, ending his HS wrestling career.

If the self-doubt started creeping in for Zeke, I couldn?t see it anymore. He took on Zach Chapins of Westlake his next match where he won by 1st period fall, advancing him to the Blood Round. The Blood Round is the defining moment for many wrestlers, where if you win, you?re guaranteed top 6 in the Section and if you lose you go home with nothing.

It turns out the kid who couldn?t catch a break all season would be facing Jake Dominello of Croton. Zeke wrestled Dominello twice earlier in the season with Dominello winning by fall in both meetings – not a great omen for what was probably the biggest match of Zeke?s career.

I watched him as he warmed up and you wouldn?t have known this match was different for him than any other match he ever wrestled. He was clearly just focusing on the process. Well – the process paid off. Despite being pinned twice by Dominello early in the season, Zeke went out and went to work.

Zeke beat Dominello by a 17-2 tech fall! He put more points on the board than any match he had wrestled all season and guaranteed himself a place on the podium his senior year for the first time in his career!

Zeke wasn?t done yet though. He wrestled his way into the 5th place match where he would get a rematch with #2-seeded Hector Monroy who pinned Zeke in the quarterfinals but then lost his semifinal bout. Win or lose this would be the final match of Zeke?s HS career. ?He would be tested once more.

And once more he rose to the occasion, avenging his earlier loss in the tournament with a hard-earned 8-4 decision and becoming a Sectional Placefinisher!

I couldn?t be more proud of what Zeke accomplished in his career – not because of the 5th place finish, but because of how he faced a tremendous amount of frustration, self-doubt and feelings of hopelessness and yet he refused to quit in his darkest hour and with the support of our coaching staff, his teammates and the program, as a whole, chose to keep believing in himself and in the process of pursuing excellence. He found it. 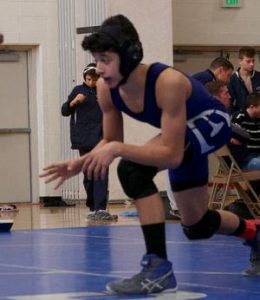 I could tell you dozens of similar stories of wrestlers who have come through our program over the years.

It?s not the wins that make this program so significant and meaningful – it?s the life-long transformation these young men and women experience by going through the process. That is what Edgemont Wrestling and being PantherTough is *really* all about!

We have about 10 days left in our 2017 Edgemont Wrestling Club Giving Campaign and I humbly ask you to consider being part of this experience with us.

Please consider a tax-deductible gift – no amount is too small.

Here?s why your gift is SO IMPORTANT and how you can make it happen.