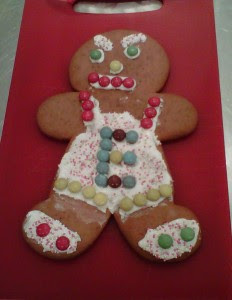 Writing this to you from my couch on Christmas Eve! Apparently I?ve gotten soft in my old age, as the team has off today and tomorrow. Something about a holiday.

Anyway, thought I?d catch you up with my not-so-weekly email update.

We?ve had quite a month of competition!

With such a young team, we were really looking forward to watching how our team responded to our December competition schedule. If you?ve been paying attention, you know that we have 22 kids on our roster and 14 of them are first year varsity wrestlers. We probably wrestle the toughest schedule in Section 1 in the month of December and it?s by design. I?ve always felt it?s important to get our kids a high volume of matches in the month of December and really test them.

Well.. I?m happy to report, these guys DID NOT disappoint!

While we were certainly ?out-gunned? at certain points, I couldn?t be happier to tell you about how resilient and scrappy this group is. To be honest, we ecstatic. We can technique (and believe me, we?re continuing to work hard in this department), we can get in the weight room regularly to get stronger (and we do!), and we can condition the heck out of them til they don?t get tired. That?s all pretty easy. (I don?t know if you can hear me patting myself on the back or not)

What?s much more challenging, though, is developing grit and mental toughness, so when you get a group of kids that have it naturally, it?s easy to get excited. This is a special group and we couldn?t be more excited to keep watching them develop!

Some highlights from the past month:

After some rest, we?re back at it for our December Break training cycle next week.?These are always amongst our most important practices of the season. After a grueling December competition schedule, we’re able to give our wrestlers a well-earned four days off over Christmas to rest and let their bodies recover.

These practices give us our only opportunity before Sectionals to come in fresh and rested from this recovery period, and train hard for four days, uninterrupted by competitions and without daily academic assignments. It makes a huge difference each year. We typically see more growth and development in this week of training than in any other throughout the entire season, as we’re able focus and direct our practices specifically on the areas we need improvement based on our month of December competitions. I know our coaches and wrestlers are all looking forward to it!

Some other quick updates: 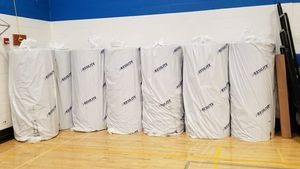 What an awesome new mat to usher in our new era of Edgemont Wrestling! A huge THANK YOU to Edgemont Rec for funding the purchase! We hope you?ll all get to come see us compete on it sometime soon!

Holiday Blast from the Past

Thought I?d leave you guys with this little holiday blast from the past? Enjoy!

Happy Holidays and Feed the Panther!